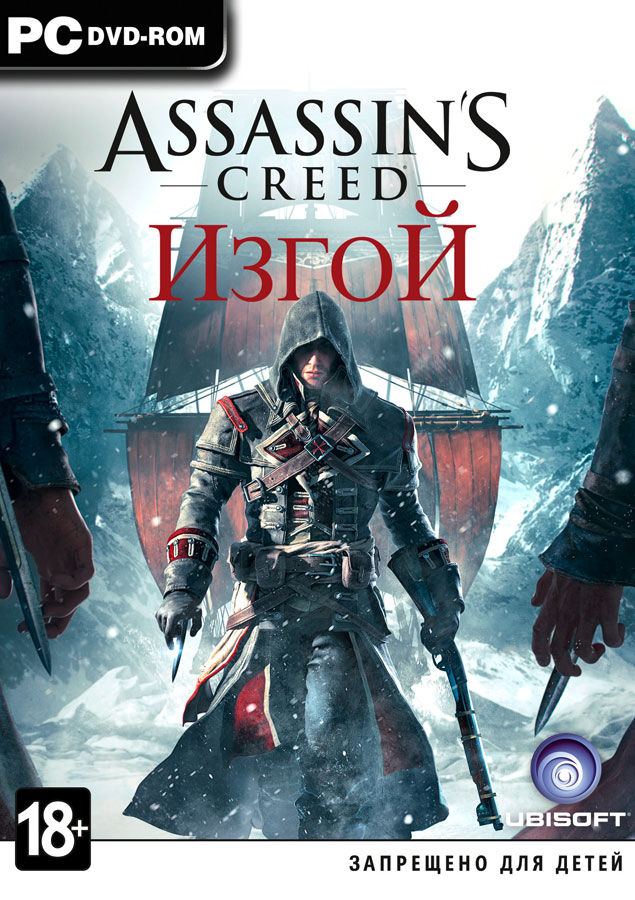 Media_market information about the seller and his items
offlineAsk a question

Released - 03.10.2015
Localization - entirely in Russian
Regional restrictions - for use on the territory of Russia, Ukraine and CIS countries

The most somber chapter in the history of the Assassin´s Creed series.
Witness the transformation of the main character of the belief in a cruel assassin hunter behind them.

XVIII century, North America.
Amidst the chaos and violence seven years of war and the brave young assassin Shay Patrick Cormac exposed ideological metamorphosis.
After a dangerous mission ended in tragedy, Shay disappointed in the Order of the Assassins, and no longer wishes to be to their fraternity.
Rejected by those whom he considered his brothers, a former assassin announces own war.
In an effort to destroy all those who betrayed him, he becomes one of the former colleagues of the most dangerous enemies.

- For the first time in the history of the Assassin´s Creed series, you become on the side of the Templars.
The protagonist still has weapons and skills to master assassin, but now he will get, and a completely new outfit.

- Use deadly rifle Shay both close and ranged combat.
Distract enemies or ruthless with them, using a variety of ammunition, including a variety of bullets, shells and grenades.

- Updated eagle vision will help you move away from persecution, to monitor the surroundings and calculate the assassins lurking in the shadows, hiding on the roofs or in the crowd.

- The North Atlantic surf and travel through the narrow rivers of the continent on the ship "Morrigan."
Updated Marine gameplay will reveal a lot of possibilities incinerate enemy ships using burning oil, without missing Razite boarding teams from the high-velocity gun tow, looking for a quiet place where you can hide from his pursuers during sea battles.

- Explore three unique areas that make up a huge game world: teeming with majestic icebergs northern part of the Atlantic Ocean, the river valleys, where you have to move both in water and on land, and New York, carefully reconstructed on the basis of documentary descriptions of the XVIII century.

By purchasing a digital product, you agree to the terms of its purchase
remember that according to the rules this product is not returned and exchanged.
after the moment of transfer of the goods to the buyer, the seller is not responsible for it
Remember also that access to the provision of digital content and the provision of all services associated with any purchased product provides a Steam service
on all the issues you need to apply in support of steam
If you do not agree with these rules, please refrain from buying goods !!!!!!